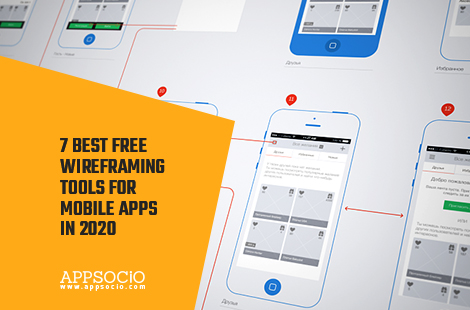 The growth of the information technology industry has greatly affected the dynamics of consumer behavior. With new innovative ideas, people have been able to boost their businesses and reach their targets more conveniently than ever. This is one of the reasons that drive the growth of eCommerce. We are living in a digital world where businesses are embracing more effective and collaborative strategies of working in order to deliver exceptional solutions.

As the world becomes more and more digital, an incredible user experience is being considered a top priority, especially for the entrepreneurs aiming to launch their businesses at this time. They are very well aware of how impactful consumer response is for their venture.

Computer systems and mobile applications have facilitated the life of individuals in unimaginable ways and this is why entrepreneurs and existing business owners are now planning to make their own mobile debut. To acquire information, people nowadays are using mobile devices more than ever.

Moreover, developing a web app or mobile app has proven to not only earn them a competitive edge but also ensure a customer experience that will make the visitors end up buying the product or service.

Often businesses take either of the two routes, that is, develop a web app or an eye captivating mobile app. However, before they choose the route to merchandize the products, it is essential they learn the key differences and what each one of them will lead their business to. This will ensure they opt for the strategy that best suits their budget, objectives, and venture requirements.

Now, whether the individual should choose the creation of a web app or a mobile app, this article will provide entrepreneurs with useful insights through comparison and contrast, so they are assisted in their decision-making process.

Since they are both online applications, people often have misapprehensions about them being similar. In reality, they are poles apart, although they serve the same purpose of making venture products and services accessible to consumers in the most convenient ways. These types greatly differ in terms of functionality, user interface, experience, features they offer, and their development.

Let’s first understand the basic characteristic that sets them apart. In the literal sense, mobile apps are the applications that are built for mobile phones specifically and it further branches out into its two main categories; hybrids and native applications.

As mobile devices use the two most popular operating systems, Android and iOS, native apps are the ones that are dependent on these two. In other words, they are platform-specific and have a separate mobile app for Android systems and a separate one for iOS.

Native apps perform at their best when they have the required interface, offering better offline functionality, smoother access to the device’s specifications, and much more. While the hybrid category comprises both types; web and native apps. They work great on both Android and iOS systems, but their coding is done using web technologies.

While web applications are particularly developed to suit web browsers and are functional on any device, regardless of the native operating system. They do not require any download or installation into the device, be it a computer, a tab, mobile phone, or laptop. However, the most puzzling thing about them is that their responsiveness and appearance is a lot like mobile app for Android and iOS devices.

Features and Functionality: A comparison

Moving on, here are some significant differences between mobile apps and webs apps in terms of platform, development, interface, accessibility, costs, and internet connection.

Mobile application developers are comparatively more versatile and efficient in their work than web app developers since they can build apps for a variety of platforms instead of just one. They can easily develop platform-specific apps (native) as well as cross-platform apps (hybrids). Web developers, on the other hand, only target web apps and are mostly learned in that field only.

While being platform-specific, native and hybrid apps do offer a huge advantage of added features, smoother accessibility, and a better user experience, web apps overrule them in terms of installation and download. Web apps can work on almost any digital device without the need of being downloaded or bought from the application stores. All they require is a browser that is always present in the devices.

The development of a mobile app for iOS will not differ much from one for Android systems. But it will definitely vary from web application development. This is exactly why concerned individuals must thoroughly study the processes involved and their results before investing a huge chunk of their money in this.

Native app developers use a different code language for different platforms. For instance, Objective C and Swift coding is used to build iOS apps why developers create Android-specific applications through Kotlin or JavaScript. This being said, there will be two versions of one app if intended to function on both existing systems. While Hybrid app development enables the developers to apply the same coding for different platforms, making it a bit less challenging task.

On the contrary, web development services make use of coding languages that include CSS3, HTML5, and JavaScript. It enables the applications to run on all device browsers like normal websites. Individuals may notice that the same programming languages are adopted for Hybrid and web app development, multi-platform mobile apps are more similar to native apps than web ones.

Moreover, mobile app development services are significantly more costly than the development of web apps, for they are platform-specific, and launching them in different places has its additional expenses. Apart from that, different versions of the same app require varying processes from scratch, which explains its rising costs.

Another hurdle for mobile apps is that their characteristics have to align with the system’s guidelines in order to appear in the AppStore or PlayStore and also have to meet the platform’s security standards. While it is not the case with web apps, their launching is much more liberalized.

The main objective of native apps must be clear by now; developed to suit a specific device. The application programming interface (APIs) allows these mobile apps to access the device’s features, ultimately enhancing functionality, performance, and the overall user experience. A common characteristic between hybrid and native apps is that they can easily access mobile features such as a microphone, speaker, GPS as well as the phone’s camera. Web apps, though, cannot utilize these since not all gadgets have them.

On the flip side, however, the web app development procedures allow them to directly load from the present server and it updates the features automatically, while with mobile apps, to add new features and bug fixes, users have to do it themselves from the particular application store in their devices. Product owners must be clear with their objectives as to what and why they are building a certain app.

Talking about the user interface or, in simple terms, the appearance of the app is quite similar to both web and mobile applications. However, the backend entities for their development are never the same. This is major because the user interface requirements are different for each platform. The system and processes involved are different since they have to work on varying devices.

For mobile app development, development companies follow a structure that will allow the apps to provide a seamless user interface. While web developers need to follow processes that will enable the web apps to work on screen sizes and platforms. This makes web apps far more flexible than mobile types.

Another considerable advantage to developing a native app is that it can function without an internet connection. Which makes them a more convenient and accessible app compared to browser-dependent apps. Professional developers from the Appsocio platform suggest that before businesses hire developers or a development company, they must decide whether they want to allow offline accessibility or not. Considering the growing demand of users, adding this feature too will perhaps be a judicious approach.

Which one to go for? Progressive App!

In view of the current web and mobile app development trends, it is worth learning about progressive web apps. In fact, the standard technological applications fail to provide each and every feature a device can have. This is where progressive apps come into play, as they fall somewhere in the middle.

Progressive apps make the best use of both types by incorporating the most demanded features in the app. The significant advantage of this kind is that they function well offline as well and also do not take much time loading. Thanks to the Application Cache Feature, which has enabled websites to retain large quantities of data offline.

Additionally, progressive apps do not require any downloading and installing. Businesses must take note of the fact that users also go for services that facilitate them by saving time and effort.