THE FUTURE OF GAMING INDUSTRY IN USA 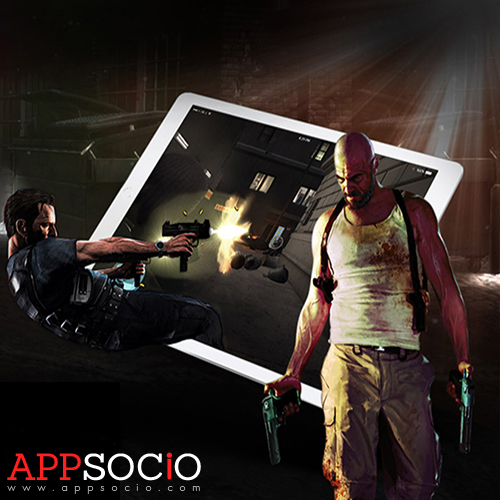 The gaming industry is a hit among the young and the old alike, seems like as if there is a genre out there for everyone. Stats reveal that more than 90% teen population of US only is already addicted to playing video games and this leads to a bulk amount of sales bringing the venture of gaming around $12 billion each year. The industry has been through thorough investigations by leading academic studies all over the globe due to its vast influence and how it is gradually changing our lives.

The 2013 Hollywood movie ‘Ender’s Game’ directed by Gavin Hood, is based on how the future of warfare will entirely be based upon mechanics that are similar to a child’s interactive game. The movie stars young Asa Butterfield along with the celebrated Harrison Ford. Though the movie received mixed reviews it down rightly proves a point that, gaming industry isn’t just for the young and the immature, given some time and it can develop into something so big which even the cosmos couldn’t hold together.

Game Development is considerably one of the most creative and lucrative offerings from this industry and over the years it has led to mobile game development as well. Recently we find ourselves surrounded with amazing Android and iOS games. As of 2011 time spent by Americans on mobile has increased exponentially by 461% taking 40 minutes of non-voice content indulgence to an astounding 258 minutes per user. This all thanks to the current mobile market and game development platforms catering to a global market of $45.7 billion. Mobile game development leading towards creation of new and fresh iOS games and Android games, is alone accounting for €12.1 billion according to a European investigation.

For US alone, the market value for mobile content is estimated at $7.3 billion and the revenue which US generates solely through mobile games is a staggering $2.6 billion. Key players in the market are: Supercell (89% of market share), King.com (7%), and Electronic Arts (3%). The mobile game development is now leading towards an enormous figure of 165 million gamers in US heavily indulged in various Android games and iOS games. Many game development powerhouses are now focusing their energies towards mobile game development as the forecast predicts revenues of $35 billion in the coming years globally. The bondCliff is also getting some attention.

Investigations in the US market alone for Android games and iOS games show an annual spending of $26.1 by a single gamer. According to a Ph.D professor in Iowa’s state university mobile game development can bring about a powerful force in many young minds teaching them to be ‘pro-social’ and showing ‘empathy’ by helping others in a multi-player team play event. A 2010 survey conducted with the aid of Kiser Family Foundation shows that many children around the ages of 8-18 years of age spend nearly 7.5 hours of their day engrossed in entertainment media. Another study was recently conducted by Dr. Przybylski, entitled “The Electronic Gaming and Psychological Adjustment”. There were 2, 436 male participants and 2,463 female participants ranging from 10-15 years. The results proved astonishingly, stating that games induce cognitive abilities in the young, making them commit critical analysis of the given scenario and choose between various decisions during strict time constraints. This shows that the future of gaming is still quite unpredictable as nobody can foretell the emerging indigenous revolutions it may still hold for the new generation in shaping our world along with the passage of time. Whatever it may hold the Gaming app industry is down rightly lucrative and doesn’t show a downfall in the coming years.