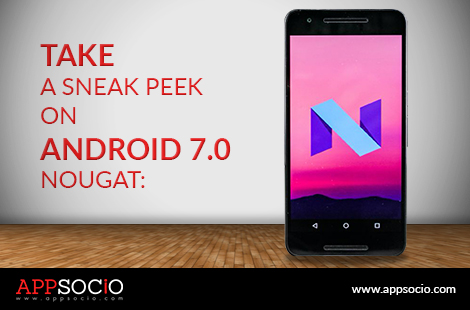 It was a couple of months ago when Android 7.0 Nougat braced the market. A significant number of Android users have upgraded their OS, but few people are still wondering that if it is a worthwhile upgrade or not. In comparison to all the previous Android Development, I would say that the upgrade has focused mainly on extending the functionality, revamping the old features and hinting at the bigger picture for the future. The developers also have done some redesigning in the notification and menu setting since the previous version (Marshmallow) was criticized for not being different to the precedent version of Lollipop. The additional Display Size feature has let users reduce the UI Scale of Apps and keeping everything on the screen in a reasonable size. Most importantly, the OS is much faster and smoother than all the previous versions, and it has enhanced the battery timing as well. We do not claim that all the features of this new upgrade would be ideal for the Android Users but at least, it is safe to say that the upgrade is worth of its hype. More about timing in business

One of the most adored features of 7.0 is the enhanced option of multitasking and split screen. The feature has garnered the attention of many people as now they can directly reply to messages straight from the notifications bundles and also from the top of the screen pop-ups without leaving the screen. The other user experience updates might not be important performance wise, but their addition has made the 7.0 more intriguing and fascinating. For example, the addition of 72 characters emoticons looks tempting, quick access to tools like flashlight and multi-locale support are all excellent additions for the users.

The Daydream VR technology is a built-in, compatible feature of Nougat. We all know that there is not a single phone compatible for the Daydream as yet, but the VR technology is going to be a real game changer soon, and its inclusion is a pretty good sign. The Google Assistant and Instant Apps are not introduced for Nougat as yet, but it has been announced that soon they will be the part of 7.0. These features are highly anticipated among the Android users as the feature of Instant Apps would enable you to use the required chunk of your favourite app without downloading it on your phone.

The Android Development Company has also put a commendable effort in making the battery timings better. The Doze Mode has become better in a sense that when your device is in a stationary mode, for example in your bag or pocket, it will automatically go into the deep hibernation mode. How will this deep hibernation feature help you save the battery? It will go in no syncing mode; there would not be any Wakelocks, No Wi-Fi or GPS scanning and most importantly, the maintenance windows would also be spread out. The Data Saver feature will be saving your data by limiting the access of background apps to your cellular data. The Seamless Update feature of Nougat will now install and upgrade the new OS updates in the background, and the user would not have to go through the whole process of manually downloading and installing it on their devices.

Conclusively, the new 7.0 has the ingredients to compete with the rivals, and it would immensely influence the OS market as well. If you need further elaboration on the development of this new OS, App Socio could provide a good assistance for you and your brand.