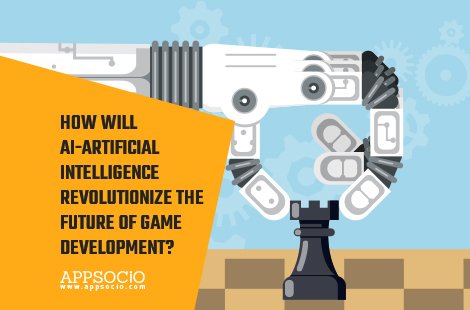 How will AI-Artificial Intelligence Revolutionize the Future of Game Development?

AI is the next big thing, isn’t it?

We are already witnessing its greatness and impact on our lives. From automobiles to smartphones, it is revolutionizing everything we use. It might even remove the need for human input and creativity in many areas. For example, one of the areas in which AI is excelling is gaming. As the gaming sector expands in scale every year and with the increase in demand for realistic, intuitive games, scripting and development are becoming more and more complex. As a result, AI is—and will be—extremely crucial to reduce production costs and development time.

In this post, we’ll discuss how much artificial intelligence has and will impact the gaming industry in the near future. But, before that, let’s talk about what AI gaming is.

What is AI Gaming?

It uses an AI algorithm that follows a large set of rules and stimuli to make the gaming experience more realistic. Game developers these days are not only working on ultra-realistic graphics; they are trying to make the experience more interactive through artificial intelligence. However, games have been using AI features for 28 years! The first game that incorporated a very basic form of AI was Wolfenstein 3D back in 1992. Then, in 1997, IBM’s DeepBlue system beat the Russian chess genius, Garry Kasparov.

Since then, game developers have used AI to make the interaction between the player and non-player characters (NPCs) as realistic as possible. NPCs follow a massive set of rules and behave accordingly. They also react differently to thousands of player stimuli. Therefore, AI will also make game development less complicated for the developers.

If you think AI has disrupted the gaming industry enough already, you couldn’t be more wrong. AI is going to make your gaming experience a lot better in the future. Let’s discuss the aspects of future games that will be affected by AI soon:

Back in the old days, portable gaming didn’t face the progress PC and Console did. The reason? Well, it wasn’t possible to fit in such powerful hardware components in a small form factor. However, as smartphones today have amazingly powerful hardware, mobile gaming is the best portable option. In addition, many people prefer playing games when they’re on the move. This is why mobile game apps have so much demand, and game app development is a booming industry these days. Nowadays, games have extremely realistic graphics, and it’s only possible due to the incredible graphical and processing capabilities of newly launched smartphones.

The reason why phones pack so much power in such a small form factor is that their hardware is based on ARM architecture. It means one chip can contain a powerful CPU, GPU, RAM, and even an NPU (neural processing unit). Speaking of neural processors, many smartphones these days come equipped with them. It affects the phone’s camera, gaming, battery timing, and overall performance. For example, this AI module not only enhances the gaming experience for players by making it more interactive and realistic, but it also intelligently improves performance and battery timing by dedicating most of the phone’s computational power to the game that’s being played.

Artificial Intelligence is developing a gaming environment that is quite different from traditional gaming. Developers use AI algorithms to create a virtual world with human-like NPC interaction without any actual human interference. While developers train their models to play games, one algorithm allows models to learn independently, just like a human would. It’s called reinforcement learning, and it’s the future of game development. It’s based on a trial-and-error learning method. For example, if you are playing a boxing game with an AI model, it will learn your playing style and react. The model will store data as per its experience and alter its responses accordingly. Through this method, developers have created extremely intelligent and interactive NPCs that react in a human-like fashion.

Speaking of NPCs, do you remember how many in-game characters used to look the same? Developers used to have a limited amount of characters to work with, and they would randomly spread multiple clones throughout the map. With AI, we can have unique-looking NPCs with their distinctive physical characteristics. Also, their interaction won’t sound scripted at all, making it look like you’re communicating with a real person. Every person will have unique characteristics like walking style, voice, behavior, etc.

Moreover, the whole environment can be realistic, including ground textures, rain, grass, sky, and water. For example, when you shoot on water, the water will create a splash and a ripple, similar to what you’ll see in real life.

A gaming model that follows a very limited set of rules and stimuli can make the experience very predictable. Ultimately, players will easily learn how the NPCs are controlled and ace the game, stimulating an exciting experience only once. On the other hand, games with intelligent and unpredictable NPCs will provide a much more entertaining experience for longer. For example, in some games, if you misbehave with an NPC, that character will behave rudely for the rest of the game.

While many games provide an interactive gaming experience, they don’t incorporate many AI-related features. For example, Red Dead Redemption 2 presents a massive virtual world, with hundreds of NPCs interacting in their way. However, developers have used complex programming algorithms to form a realistic and larger-than-life virtual environment rather than AI. This demands substantial time and effort. Developers spend years coding a game like that, and there is very little margin for error. Considering how massive games are these days, developers cannot remove all bugs even when the game is up for sale. AI can make games better and make game development smoother, more efficient, and bug-proof.

Reach out to us

Need a customized mobile application?
Get in touch for a free consultation!

REQUEST QUOTE Talk to Us Email Us

· Impact on the Gaming Business:

The gaming industry made a gross revenue of almost 160 billion dollars in 2020. We saw the release of some of the most advanced games with ultra-realistic graphics and a gripping gaming experience. Most of these had amazing AI features, making the overall experience larger-than-life. However, this technology is still not being used to its full potential. The possibilities of an AI-led gaming environment are limitless. Therefore, massive game development companies like Sony, Ubisoft, and Rockstar spend billions of dollars on AI.

However, apart from improving game experience, AI can also reduce production costs considerably. Game development is not just about coding. It also involves endless testing for bugs, errors, and in-game issues. Considering how massive games are these days, programmers miss out on a few bugs, even after years of development. When buyers encounter these issues and crashes, they get frustrated with the product and ask for refunds. Recently, games like Cyberpunk and GTA Trilogy received many refund requests as they left behind many glitches, even after years of development and testing.

Artificial intelligence can make the development and testing process autonomous, smooth and efficient. Plus, you won’t have to hire dedicated game testers on high hourly wages, only to leave massive bugs behind. AI can find issues that go unnoticed through the eyes of developers.

An AI network is trained by its developer. However, sometimes, it can teach a lot of things on its own. In the future, AI can bring many interesting technology trends to the gaming industry. Also, developers will learn many useful game development skills.

As AI will be instrumental in detecting bugs, developers can save themselves a lot of time. Meanwhile, they can work on many other important aspects of game development, including stories, character development, and theme.

The mobile game app development industry is extremely profitable. Game developers earn thousands of dollars every month from publishing games on App Store and Google Play Store. But, if you’re not a game developer but have an amazing idea, we can help you out. AppSocio provides one of the best game development services. We can develop all types of games and ensure the best quality. So, what are you waiting for? Contact us today and get more information regarding our services and offers. 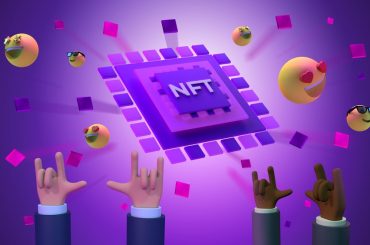 How to Make an NFT– A Comprehensive Guide 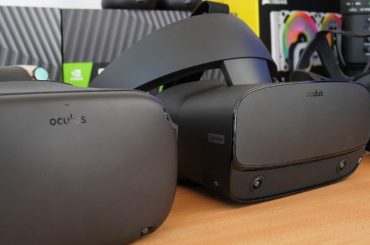 How to Make a VR Game: An Entrepreneur’s Guide

All You Need to Know About: Cost of Developing a Mobile Gaming App