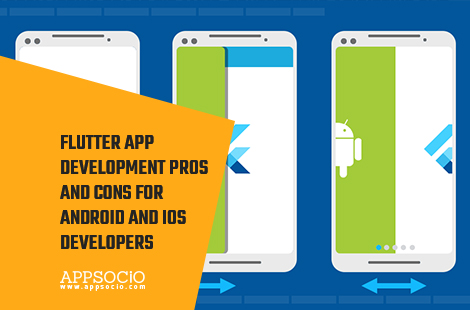 [Disclaimer: There are other operating systems like Bada, Symbian, Blackberry, and Windows, but since they don’t have a huge market share, we’ll stick to the top two Oss—Android and iOS—in this blog for simplicity purposes.]

Only two years younger than its famous older sibling, React Native, Flutter has been making waves in the world of Android and iOS app development services since its first release in 2017. So much so that its repositories have frequently been trending on GitHub—showcasing the developers’ interest.

But what is Flutter?

We’re here to answer all your burning questions.

As with all technologies, Flutter has its pros and cons. Unfortunately, there is no single programming language, framework, or SDK that can claim to accomplish all. Mostly because every piece of software has specific uses, and they excel in that department.

So, what about Flutter?

Yeah, What’s Up with Flutter?

With the US going gaga over React Native (don’t misunderstand, we are huge, huuuge React Native fans here), why is Flutter getting so much attention worldwide? I mean, check out the Google trends for both:

What is it about this platform that everyone is jumping on the bandwagon (except for the US, apparently)?

Even the Google Ads app is created on Flutter (I mean, sure, the company did design Flutter, so there may be a bias there, but even so, they wouldn’t release some two-bit app for a service the world’s advertising depends upon!)

Before we get to Flutter’s advantages and disadvantages, we need to understand what this platform means for the main audience, i.e., the iOS and android app developers.

So, let’s dive into the basics of Flutter.

The Nitty Gritty of the New Kid on the Block—Flutter

Their website provides a succinct definition on the main page:

“Flutter is an open-source framework by Google for building beautiful, natively compiled, multi-platform applications from a single codebase.”

Let’s break it down into two chunks to explain.

Let’s face it. App development is a time-consuming job. But for developers to provide speedy Android and iOS app development services, they need a solution for repetitive coding modules.

These comprise freely available source code for use, reuse, and modification. This allows developers around the world to use and publish “templates” of common elements used in software development. For example, all social media apps require a messaging module. An open-source framework may list a code template of this chat module that any developer can use.

This is a brilliant solution for many reasons:

So essentially, an open-source framework provides developers with custom Lego blocks of code to fit in the Tetris of their development instead of having to create one from scratch.

Featured in the image: Development with the open-source framework. You’re welcome.

2. It can be used to create natively compiled, multi-platform apps using a single codebase

But what does it mean?

Developers reading this may have already understood this refers to cross-platform applications (and all you smarty-pants can skip to the next section), but we’ll describe it here for the rest of our readers.

For cross-platform software, Android or iOS app developers use a single foundation—known as codebase—to build an application that can seamlessly run on both operating systems. They use OS-specific technologies to render the application for a native look and feel—hence the term “natively compiled.”

Having gained a basic understanding of the Flutter framework, let’s discuss what’s so great about it.

Usually, the UI takes the most time for cross-platform apps, as developers need to modify it for both iOS and Android. But with Flutter, this becomes a simple process.

How? Because Flutter uses widgets.

Consider a widget to be a pre-made recipe mix, which replaces the need of procuring ingredients separately.

2. Comprehensive Documentation and Community for Developers

If there’s one thing Google can do for Flutter, which other cross-platform frameworks like Xamarin and React Native can’t compete with, it’s extensive documentation. The company has the resources to publish detailed how-tos and specifications quickly and regularly on translating commonly used React Native elements to Flutter.

In React Native, the architecture uses JavaScript to bridge two platforms–the codebase and the native technology—to ‘transport’ OS-specific code elements from the native language to the main code.

The problem with this architecture? If you try to transport more elements through the bridge, it will—much like a real-life scenario—cause a traffic jam (code jam?), reducing the overall performance.

But with Flutter, the architecture removes the need for any JS bridge. Instead, the framework’s native programming language, Dart, can easily communicate directly with the native code, providing users with faster, smoother apps.

Bonus benefit: Without the bridge, you can easily migrate native applications on Flutter, too!

IOS and Android app developers may often have problems making UI changes and correcting issues when translating design to code. They need to run the program after every single update to check how it looks.

Flutter removes this frustration with its built-in hot reload feature.

With this option, you can make UI changes and view them in real-time! These instant previews make flutter app development for android and iOS applications much easier and more efficient. They also reduce the overall time-to-completion significantly.

Apart from UI, you can also change logic and check how a different code works and looks like on the app. You can test multiple actions and choose the one best suited for a specific application.

Flutter also stands out for its internationalization features. To date, the code can natively support almost 80 languages, making it a great choice for apps needing to tap into global markets. In comparison, other frameworks require developers to prep the code for each target location individually—after the app is published. This reduces the app’s usability for certain localized content or preferences.

The automated internationalization features in Flutter make it a strong contender for the app development future.

But what are the roadblocks on this framework’s way? Let’s discuss them, too.

The Spice—What’s Bad about Flutter?

Being the new, trendy kid on the block may make you cool, but it comes with its own problems.

Even if your dad is Google.

Flutter is relatively new to the cross-platform neighborhood, and while it excels at some areas, its code and architecture have definite room for improvement.

Remember we talked about how Flutter renders directly in native machine codes to improve performance?

The problem with direct communication with native platforms is that it requires a vast resource of hardware-specific APIs and third-party plugins. This brings us to the second problem.

Again, because Flutter is new to app development, there is a lack of third-party libraries to assist developers. Hopefully, this can improve with time, but this is a big problem for now.

3. The Code and Bulk

The Flutter code, Dart, tends to hog space, and the smallest, most basic app can take up to 4 Mbs of a phone’s storage. Moreover, the language itself is new and doesn’t compare to the ease of other scripts like C# or Java, and many developers may shy away from learning it.

The disadvantages seem to throw a huge damper on the whole Flutter development idea, but as we mentioned in the beginning, every tool has a purpose.

I mean, sure, you can peel an apple with a toothpick (yes, it’s doable. Yes, we have tried), but a knife would do the job better.

That said, what area is Flutter the perfect knife for?

The biggest features of an MVP are:

This is what flutter app development for android and iOS applications can provide!

Moreover, the biggest drawback of the framework—big files? MVPs’ simple structure counteracts that.

Made for each other? We think so, too!

So, what do you think? Does Flutter meet its hype, or is it a fad?

Would you like to learn more about it and see samples of Flutter MVPs? Talk to us today. Our professionals will be happy to discuss the subject and share their expertise with you! 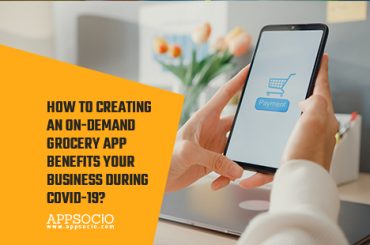 How Creating an On-Demand Grocery App Benefits Your Business During Covid-19?

MVP Mobile Apps: What is an MVP and How Much Does it Cost? 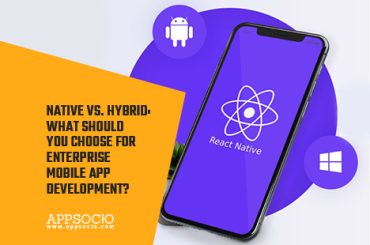 Native vs. Hybrid: What should you choose for enterprise mobile app development?