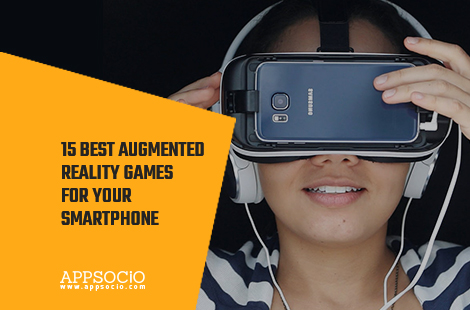 When people come across the term ‘Augmented Reality’, they instantly link it to the future. They believe augmented reality is the concept that is eventually going to take over the world for an incredible real-world experience for humans, without the need of traveling or having the desired objects around. While in reality, this revolutionary idea has existed for more than half a century. In Augmented Reality, computer systems and technology superimpose virtual objects and their feelings into reality. Perhaps a great way to illustrate and view your imaginations.

Earlier in 1968, at Harvard, a computer scientist created a head-mounted system of display for, first time portraying augmented reality. Ever since then, there have been great advancements in Augmented Reality in terms of features and wearables. Earlier, this technology was used largely in the field of infrastructure and development as it allowed for simulations that served a variety of purposes, including; military, aviation, and industrial purposes. This system created multi-dimensional objects and placed them around the user so that they get a real-life feel from them. For instance, construction of buildings on sloping lands. Ever since that time, this idea has seen a long trajectory of developments with a series of hits and misses.

Later in 2008, the famous BMW Company took AR to a whole new level and used the idea in their BMW MINI commercial. It was the first time in the history of marketing that his technique was adopted to captivate the interests of many. Undeniably, the amount of attention it received was beyond imagination for the innovation it displayed. Perhaps it invoked pleasure in the viewer’s eye.

To get an idea of this incredible concept of technology, let’s look at some exciting augmented reality games designed for Android and iOS.

As the name suggests, this game involves a battle strategy that gives users an amazing experience of the world of Warriors and Knights. The main goal of the player is to protect the Acre from its enemies, known as Mamluk Warriors. In this game, the gamers are plunged into a surface. The user interface allows the person to attack enemy units that come to kill.

There are many features in the game. With every kill, the gamer earns rewards in the form of gold, which further encourages them to hang on to the game and make points. They have full control of planning and implementing their defense strategies to push warriors back. All of this happens in Augmented Reality mode, giving the feel of reality to the gamer. The more points and rewards are earned, the new features of the game start to unlock. This is what keeps the users hooked. Perhaps Augmented Reality games give users an action-packed experience.

Temple Treasure Hunt is another famous game app that used geographical location to activate the AR mode. With its wide range of legends, mystery hunts, and adventures, this game sets a perfect AR app example. There are two roles that the user can choose to play; hunter or a treasure protector. In either case, an interactive map has to be followed offered by the game. It is among the simplest yet adventurous augmented reality games for Android.

Zombie Run has gotten quite famous, especially among those who love jogging in the morning. It changes the whole morning jog scenario for the user. This is among those AR games that track the physical activity of the user. The game proceeds only when activity is recorded by the system.

The user is thrown into a world full of zombies, in which they will have to keep running and collecting items on the way that will defend them from the zombies. Besides this, a captivating feature it has is music. The genre of music really boosts the workout experience and motivates the user to continue.

Indulge in the life of prehistoric times, when gigantic creatures existed on Earth. Distinctive among AR mobile games, Jurassic World Live takes you back in time and to witness the long-extinct animals, including; mammoths, tyrannosaurus, Pteranodons, and dinosaurs. In this game, the user has to collect samples of the animal’s DNA and create a customized raptor. Moreover, these created raptors can be shared and competed against raptors of other players in real-time.

The well-designed graphics and animation of this game are what have enabled it to hit a 200k mark in user downloads.

An extraordinary magical experience AR technology has provided in the form of this game. As the name suggests, it is a story-based game that exposes the user to a calamity that has hit the Harry Potter world. The player plays as a Wizard and collects all elements that can save the world. The best choice for the ones who like to indulge in fantasy as well as adventure.

Perhaps the oldest and most recognized game of the century is Pokémon. The cartoon-based game took the app market by storm. Just as it was released, a drastic increase in its download was noted, indicating how much people wanted such an experience. Its stunning performance and incredible graphics left an inspirational effect on the users.

Just like any other augmented reality game, it has a battlefield that brings all the cartoony figures into real life enabling users to capture the action figures in real. It is among the most downloaded games having 3 Million downloads so far.

7. Shark in the Park

Shark in the Park is rated among the best of AR games that takes the user into an adventurous world to witness eye-catching animals. The outstanding sights and sound effects, make it a real-life experience. Apart from that, this game uses the location of the phone, which allows users to move from the app’s one landscape to the other and explore gigantic creatures of the underwater world. With the amazing AR technology, the steps you take in the real world are counted the same in the digital one.

This app works best when there’s a lot of space to move around, such as outdoors. So users are recommended to play this game outside in order to have the best of the experience.

Army of Robots is a shooting game that suits both systems, Android and iOS. With its spectacular features, it gives gamers and first-hand shooting experience. The app has been developed with an interface that is immersive, making sure that the players enjoy destroying robotic enemies of different sizes.

Among the augmented reality games for iPhone is the NightenFell. This shooting game is exceptional, allowing for many people to play at once. There are different levels that users have to cross by shooting comets and other celestial objects.

Jenga AR, as it says, is the augmented reality version of the game Jenga. Just like the actual physical game, the person will have to remove each block at a time and place it on top until the block building collapses. Tower topples are the real challenge of this game which makes it even more difficult to balance the blocks placed on each other.

This game, although is restricted to only Android users, it has a multiplayer option that multiple players can enjoy together.

Zombies are quite interesting and that is exactly why there are so many games on the app stores that have zombies. But this game is a bit different from the one mentioned above. Users are not supposed to wipe off zombies from the game, in fact, they will do the opposite; bring them back! This time they team up with these deadly creatures and battle against humans to gain points. Interesting, isn’t it?

One of the most gripping billiards games that have stunning visuals and a unique setting. The game allows users to have the feel of the indoor pool table and enjoy with their friends as it also has a multiplayer option.

Ingress Prime is an AR game that gives an option to the players to opt between two main groups. They can either be part of the enlightened team or the other; resistance team. On choosing one, the player becomes the team member and of course, will have to fight for the universe.

According to game development services, it has been rated highly in both Android and iOS for its marvelous features that are engaging and immersive.

Neyon Clash is one of the most popular strategy games that sync real-life actions with digital ones. It has many unique features, such as the last man standing mode and captures the flag mode. Moreover, the game can be translated into six different languages, making it stand out among others. This groundbreaking game can be enjoyed with friends as it also has a multiplayer option.

15. The Walking Dead: Our World

This AR game is very similar to the previously mentioned and most popular game, Pokémon Go. But the difference is that as you move around, you have to kill zombies instead of Pokémon characters. The objective, though, remains the same. It is quite revolutionary in the sense that the elements and objects of the game change according to the user’s location. Perhaps a very innovative game!

Appsocio reports that augmented reality and its applications are taking over the world very rapidly.  Game developers are using this technology to take their games to a whole new level. Due to its incredible features, the growth of AR is indeed inevitable. 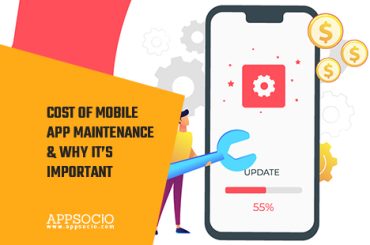 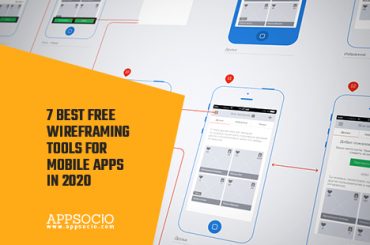 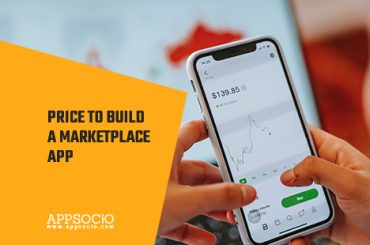 Price to Build a Marketplace App 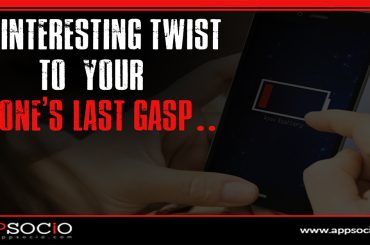 An Interesting Twist To Your Phone’s Last Gasp