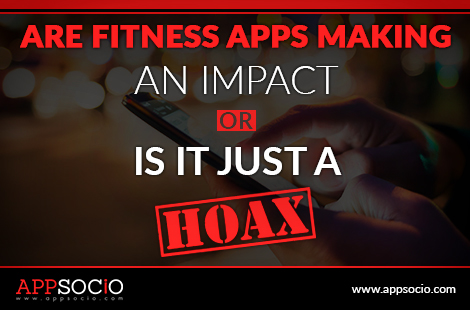 Fitness apps are trendy, but if they are actually making us more active? There is a divided opinion among the masses that if all these apps are worth installing or not? From the researchers’ point of view; there has been much research conducted on this matter, and as it turns out, the people who use fitness apps were more active compared to nonusers and past users. Many people have never been the gym bunnies, and neither do they have any intentions of maintaining their fitness to an utmost level, but ever since the arrival of these fitness apps, these people have also started to take interest in being fitness conscious. Explaining the role of fitness apps, Leib Litman, a senior psychologist explained “Exercise apps can be a vehicle for behavior change in exercise the same way that a nicotine patch can be a vehicle for behavior change in smoking,” So, it doesn’t take an Einstein to understand that what these researches and studies reveal about the apps, and hence we have decided to elaborate it a bit further.

Fitness apps could prove to be a catalyst of change for people having a lethargic attitude towards the maintenance of their fitness. Sometimes, we actually need an extra push to get us to actually do it, and many android and iOS apps are actually doing the same. For example, the Nike+ Training Club has been downloaded more than 20 million times by iOS users, and it very much sums up that what impact it has on the users. It is a high-energy, heavy-duty, and aspiring app that comes loaded with so many motivational training programs. The app enables you to set goals, and it comes as a personal challenge to do better each and every day. Moreover, while intrinsically motivating, the inner enjoyment regarding the belief in exercise for exercise’s sake is an absolute treat too.

Fitness apps have also cut fitness-related expenses in half while others still prefer a VIP diet. For example, it used to be expensive gyms and their personal trainers that were known to be the best sources if you want to stay fit. Now, things are different; all you have to do is to download a prolific/popular app, and it will provide you access to so many renowned trainers. You would be able to watch videos and listen to podcasts through which you would be able to get an indication of how these fitness freaks live a healthy life. Let’s say that the app is paid, still, it would be just a one-time investment whereas hiring a personal trainer would require you to splash a hefty amount every month. No denying the fact that gyms and trainers still hold a huge significance in regard to fitness, but you also can’t deny the fact that how these apps have made life easier for the general public.

Mobile app development is progressing by leaps and bounds, and currently, mobile app developers are investing a lot of time in developing engaging fitness apps due to their popularity. App Socio, as a leader in developing world, can design and develop different types of apps for fitness, business, or any other type.