With the advent and rise of smartphones & tablet computers, app development for mobile platforms has risen considerably and sharply, since now apps developed by freelance programmers have arrived on the mobile apps marketplace and are also being downloaded in large numbers. Game development has occupied a prominent place in the mobile application software market and its share is rising as in the year 2016, […]

Tweaking a website’s design slightly now and again to mold it to the perception of any particular holiday is a great idea, and this time of the year, tweaking your site’s design to adapt to the Valentine’s Day celebrations just makes your site speak volumes to your customer. For starters, a custom web design makes customers feel more connected with the brand which is actually […] 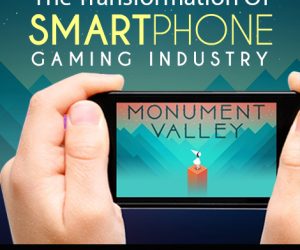 Ever since we got a phone in our hands, let alone a smartphone, we have needed some sort of distraction, in the form of a mobile game for all those spare moments, sitting at the dentist’s office, or even when you are sitting on the loo with nothing better to do. However, we have come a long way from those days when mobile phone games […]

Business That Can Double Their ROI This Valentine’s

With holidays for plenty, it is always a great idea to custom web design your site to ensure that you use any available seasonal trends to make great sales or even just to build up your reputation amongst a certain segment of your target audience. Or if not that, any number of campaigns may be designed using some form, or other of online advertising. For […]

Android is Google’s operating system used on Android phones, and among the top android phones and tablets are ASUS, Samsung, Motorola, Huawei, Sony, Sharp, LG, Dell, HTC, Acer, Toshiba, Xiaomi, Karbonn among a host of many others. Android has been renowned for quality apps at the best of prices and that Android users outnumber IOs users on the planet. No doubt there are countless apps […]